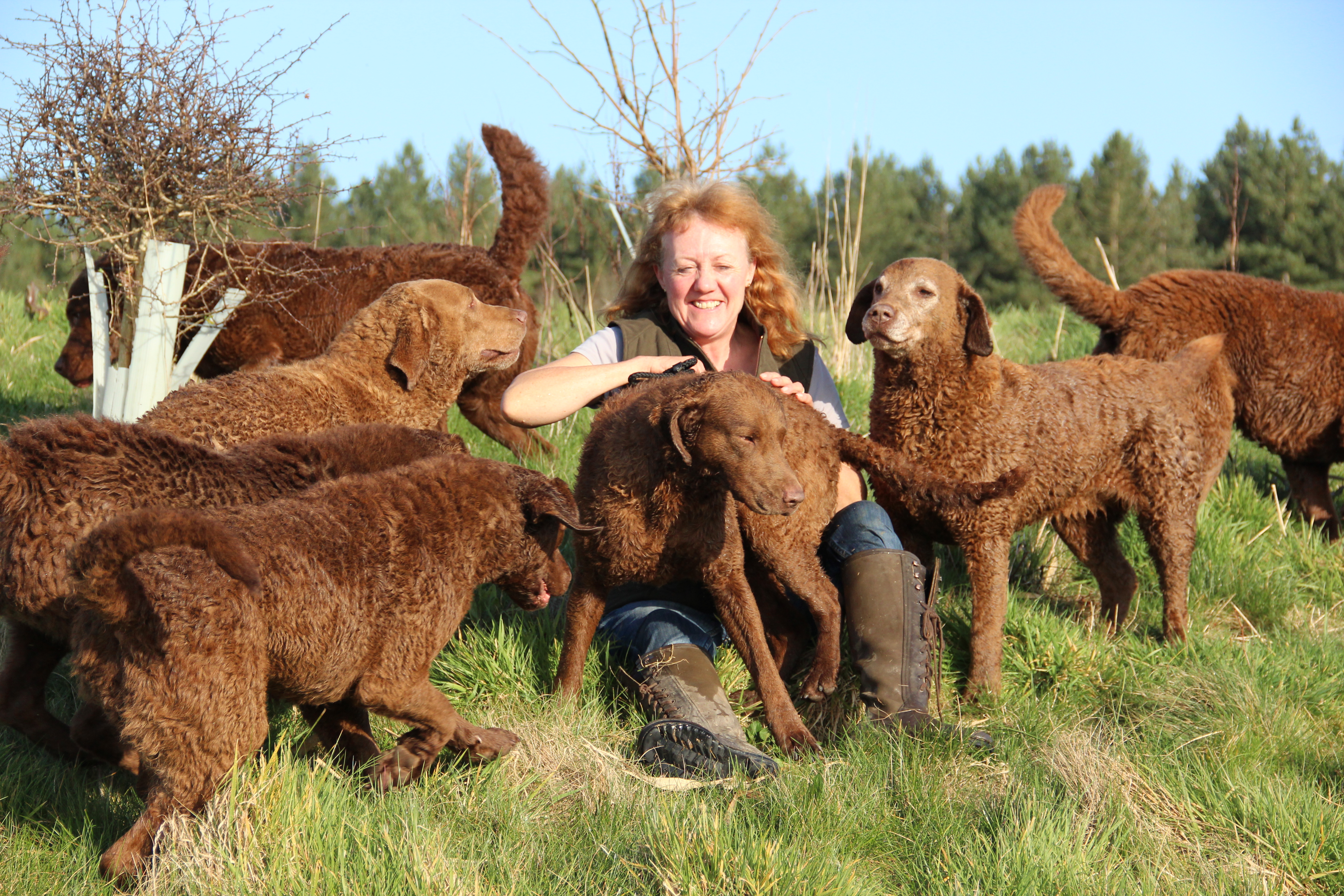 Based in Hampshire in the lovely Meon Valley, surrounded by true English countryside, Chrissie and her husband, Bob, live in a converted barn with a couple of acres and a koi pond that doubles as a dog swimming pool!

Chrissie is a qualified veterinary nurse and has spent her whole working life with animals in both small animal and equine hospitals. She also owned and ran her own quarantine kennels which catered for over 100 dogs and cats at a time. She has owned and trained her own dogs and horses, and holds obedience instructor’s certificates for dogs. 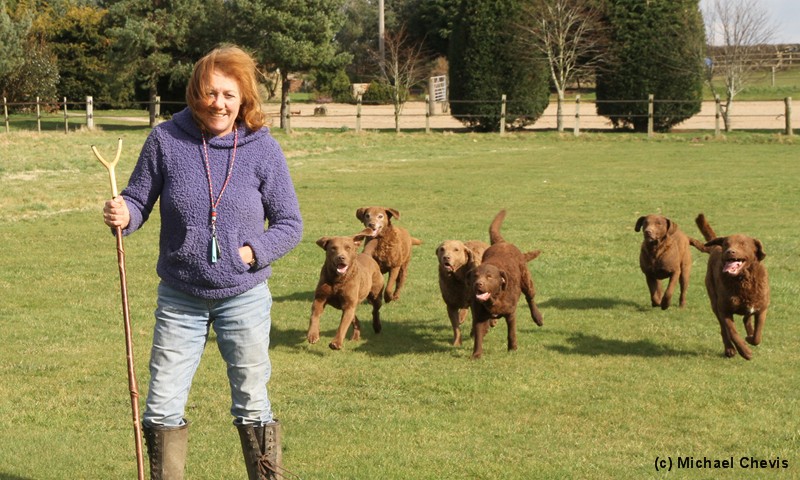 Her first dog was an Irish Setter, and a Flatcoated Retriever followed. Then in 1975 she discovered the breed that suited her best when she had her first Chesapeake  –  she has never been without a Chesapeake since. Her Chesapeakes are shown in the summer months and worked hard several days a week picking up on commercial shoots during the winter shooting season. Whilst not truly competitive in working gundog tests, Chrissie usually runs her dogs in the club tests twice a year and has picked up many awards over the years.

A few other breeds usually occupy the homestead, presently two border terriers, a working cocker, a working lab and one American Quarter Horse!

Chrissie is a Kennel Club Championship show judge for the breed and has judged at Crufts twice and at major breed shows in Sweden, Denmark, and in the UK.  She is currently president of the Chesapeake Bay Retriever Club in the UK, and is also the UK Regional Director for the American Chesapeake Club. A KC Accredited Breeder, presently the only one in the breed with all accolades, Chrissie prides herself on breeding for quality rather than quantity, having bred 32 litters over 40 years to date. All breeding stock are regularly eye tested, have hips X-rayed, and are genetically tested or of known status by parentage for PRA and DM. 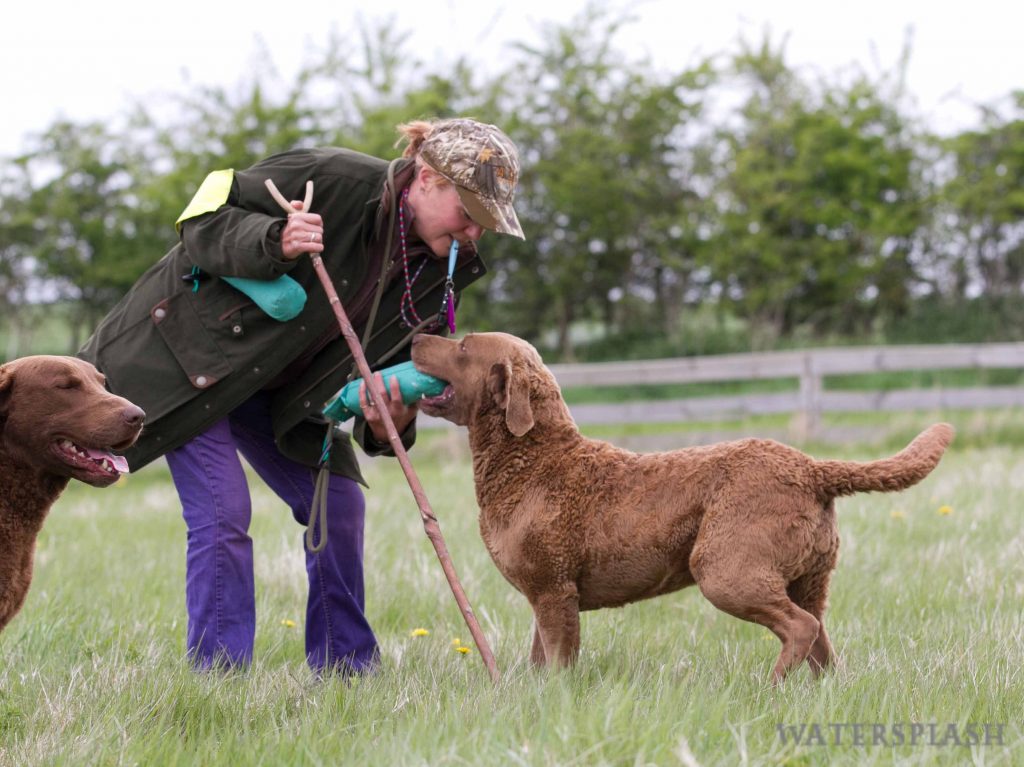