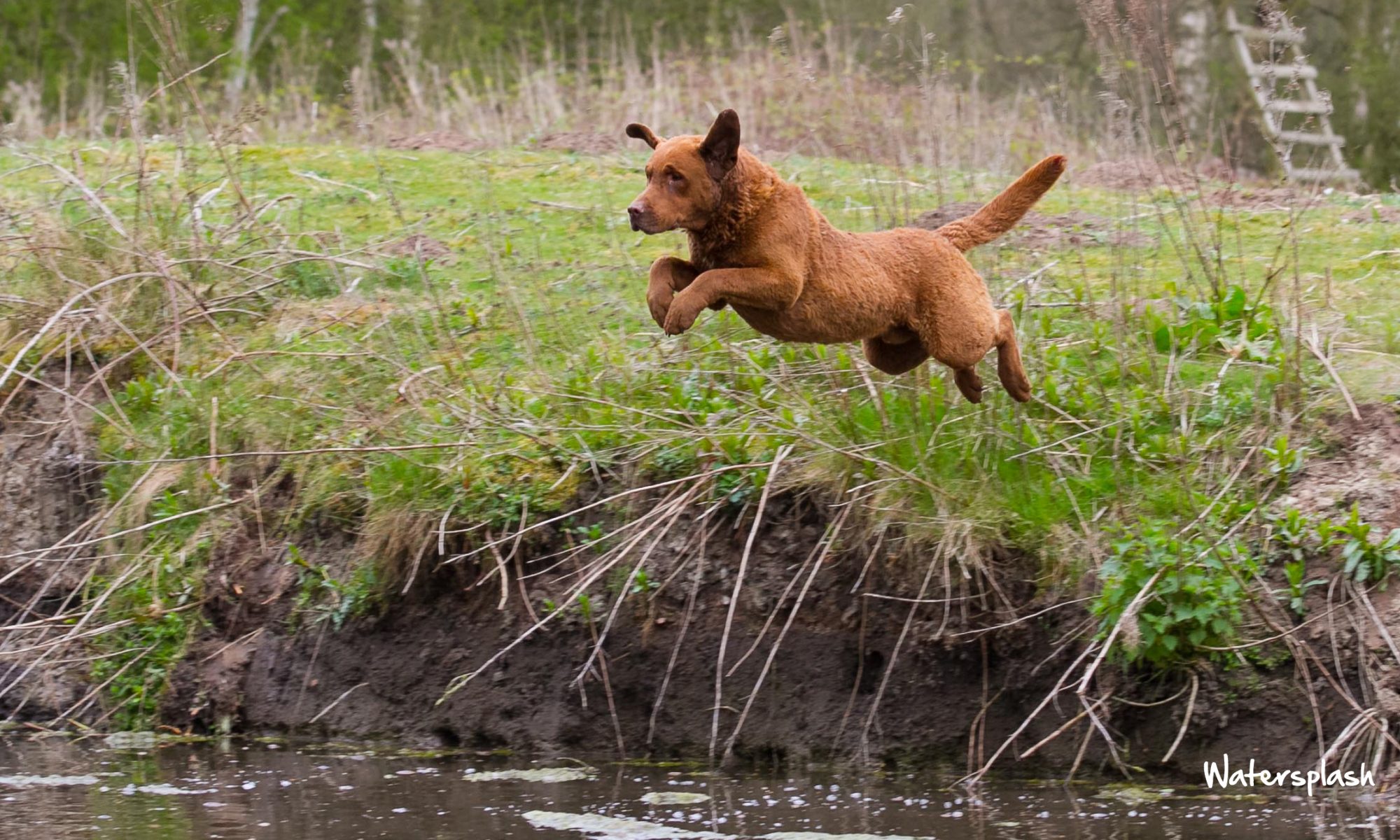 Dill (Sh Ch Arnac Bay Ardent) lives with a gamekeeper friend and is a hard-working dog who beats and picks up during the season. Dill doesn’t go around anything! Water, ditches, bushes, brambles, anything that gets in his way in pursuit of his bird is just flattened! Even as he nears old age, he is still beating those bushes and retrieving those birds all season. 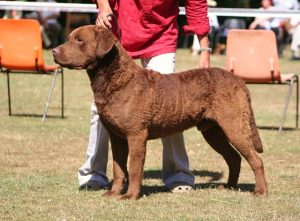 A lovely smiling dog, Dill just wants to please and craves affection. Everyone who meets him is guaranteed to fall in love with him!

In the show ring he is just as impressive and has five CCs, many Best of Breeds, and was Best in Show under Robyn Haskin at the Swedish Chesapeake Club show, as well as Best in Show at the English Club show under UK specialist judge Molly Barker. Robyn was so impressed by Dill that she persuaded me to send frozen semen to the USA. 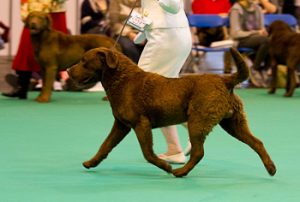 As a sire he has produced some lovely pups in the UK, Sweden and in the USA, including Grand Champion Redlions Brutus of Bloodsworth (select male at the 2017 ACC Specialty, who has also attained his Senior Hunter title), US Ch Chestnut Hills Chisholm and his brother, US Ch Chestnut Hills Oak, and Redlions Weatherdeck Schooner who got a JAM at the ACC field trial in 2012 … some achievements! His UK progeny have, by virtue of their winnings, won him the top UK stud dog in the breed three times, including the latest in 2017.